Prolonged legal battles, piled up cases, dearth of efficient judicial officers across the country, an already existing overburdened judicial system along with a chronic shortage of court spaces and indeterminate anticipation for justice are perhaps some of the major concerns of the Judiciary in addition to its crawling pace while solving matters. Amidst all the chaos and dilly-dallying, what may come across as a beacon of hope is ‘technology’ and its application in the Judiciary. With a substantial increase in its usage, today, approximately 40% of the world’s population is efficaciously making use of it to achieve the tiniest and complex tasks. Realizing the importance of implementing the same in the legal arena, we are witnessing new methodologies that helps in reducing tedious legal duties and ensuring a smooth delivery of justice.

A digital court is a platform where the trial of cases will be done electronically. It would include all types of cases under fresh registration or pending list. The facilities to promote digital courts include- computer hardware, local area network and standard application software. According to the data on National Judicial Data Guide (hereinafter NJDG), there are a total number of 32,28,82,119 pending cases in India. The government has aimed to fast-track these cases by choosing the digital platform. Court rooms are being turned into digital and paperless entities.

The NJDG is a part of the on-going e-Courts Integrated Mission Mode Project. NJDG will work as a monitoring tool to identify, manage and reduce pendency of cases. It will also help in providing timely inputs for making policy decisions so as to reduce delay and arrears in the system, facilitate better monitoring of court performance and systemic bottlenecks, and, thus, boost a better resource management. The NJDG will cover all categories of cases, including those relating to juvenile justice system.

The e-Courts Project in India draws its inspiration from “National Policy and Action Plan for Implementation of Information and Communication Technology (ICT) in the Indian Judiciary-2000.” It was submitted by an E-Committee, Supreme Court of India with a vision to transform the Indian Judiciary by ICT enablement of Courts. Constituted by the Government of India, the E-Committee is an outcome of the proposal initiated by the Hon’ble Chief Justice of India which would assist him in formulating a National policy on computerization of Indian Judiciary, and advise on technological communication and management related changes.

The e-courts integrated mission mode project is one of the national E-Governance projects being implemented in high courts and district/subordinate courts of the country. The Government approved the computerization of 14,249 district and subordinate courts under the project by March 2014 with a total budget of Rs.935 crore. The objective of the E-Courts project is to provide designated services to litigants, lawyers and the judiciary by universal computerization of district and subordinate courts of the nation and enhancement of ICT enablement of the justice system.

An empowered committee has been constituted under the Chairpersonship of Secretary, Department of Justice, to give strategic direction & guidance to the project. The project will be implemented by the National Informatics Centre (NIC), a project monitoring committee comprising of the Department of Justice and representatives of E-Committee. NIC would meet on a monthly basis to monitor the progress of the project. Steering Committee at each High Court would oversee the implementation of the project in their respective High Court.

In Phase-I of the E-Courts Project beginning from 2007, a large number of Court Complexes, Computer Server Rooms and Judicial Service Centers were readied for computerization of the District Courts. The District and Taluka Court Complexes covered in Phase-I were computerized with installation of hardware, LAN and Case Information Software (hereinafter CIS), for the purpose of providing basic case related services to the litigants and the lawyers. A large number of District Courts launched their websites for the convenience of different stakeholders. The Change Management exercise was undertaken to train the Judicial Officers and Court Staff in the use of computers and CIS was successfully implemented. The Judicial Officers were trained by the Master Trainers, trained from amongst them for continuing the training programme. The CIS Master trainers have trained District System Administrators (hereinafter DSAs) in the use of CIS. The DSAs have trained all the Court Staff in the use of CIS. The data entry for all pending cases has reached an advanced stage of completion. The Process Re-Engineering exercise was initiated to have a fresh look on the process, procedures, systems and Court Rules in force in the different District Courts under High Courts. The Phase-I concluded with extended timelines up to 30th March 2015.

The Policy and Action Plan Document Phase-II of the eCourts Project received approval of the Hon’ble Chief Justice of India on 8th January 2014. The Government of India sanctioned the project on 4th August 2015. In Phase-II, the covered courts are provisioned for additional hardware with (1+3) systems per Court Room, the uncovered Courts of Phase-I and the newly established Courts with (2+6) systems per Court Room and the Court Complexes are provisioned for hardware, LAN etc.

The dynamic implementation structure provides for greater participation and cooperation between the E-Committee, the Department of Justice (Government of India), NIC, DietY and Ministry of Finance. It provides for High Courts as the Implementing Agency of the project under its jurisdiction. The Infrastructure Model provides for adopting Cloud Computing Architecture which is efficient and cost effective, while retaining the present Servers Rooms as Network Rooms and Judicial Service centers as Centralized Filing Centres. Provision has been made for computerization of office of District Legal Services Authority; Taluka Legal Services Committee, the National Judicial Academy and the State Judicial Academies for efficient delivery of services and training.

Continuing with the implementation of Free and Open Source Solutions (hereinafter FOSS), Phase-II has adopted the Core-Periphery model of Case Information Software, of which the core is being unified as National Core, while the periphery developed according to requirement of each High Court, with NIC, Pune continuing to be the Centre for Software Development and related applications, ensuring software compatibility and interoperability, both horizontally and vertically, with the data including metadata to be unified and standardized.

In Phase-II, all the remaining Court Complexes are provisioned to be connected with Jails and Desktop based Video Conferencing to go beyond routine remands and production of under-trial prisoners. It will also be used for recording evidence in sensitive cases and gradually extended to cover as many types of cases as possible. With an emphasis on Capacity Building of Judicial Officers and Process Re-Engineering, Phase-II provides for Judicial Knowledge Management System including the Integrated Library Management System and the use of Digital Libraries.

The Phase-II of the project lays great emphasis on service delivery to the litigants, lawyers and other stakeholders. The websites will be Accessible Compliant and if possible, the information will be attempted at being given in the local languages. The applications for mobile phones, SMS and emails are extensively used as platforms for dissemination of information. Kiosk will be provided for every Court Complex. Certified copies of documents will be given online and ePayment Gateways will be provided for making deposits, payment of court fees, fines etc. The National Judicial Data Grid (NJDG) will further be improvised in order to facilitate more qualitative information for Courts, Government and public.

USE OF ARTIFICIAL INTELLIGENCE IN JUDICIARY 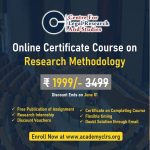